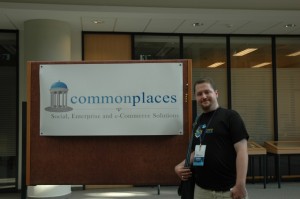 We're back from Drupalcon Szeged! We learned a lot, met a lot of great people, and had a lot of fun! While there, CommonPlaces gave away three 8GB iPod Nanos and one 80GB iPod Classic at our informational sessions. Here are the winners: 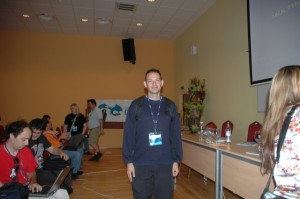 ...And the winner of the 80GB iPod, announced during the Closing Session, was Michael Chik from Amnesty International.

Congratulations to all of our winners!

Hell, Yes, Barbie Can Be a Computer Engineer!

CommonPlaces in News & Culture, Development, Marketing
Poor Susan Marenco. In 2010, Ms. Marenco, now a technical editor in San Francisco, got an assignment to write for the 'I Can Be'_' series of Barbie books published by Mattel and Random House....
2 min read

Ben Bassi in News & Culture, Design, Development
In an interview with Search Engine Land, an online journal covering all things in the search engine industry, Google confirmed that they have encrypted all search activity performed through their...

Ben Bassi in News & Culture, Development
I was excited to attend CMS Expo in Chicago, May 3-5, because it was a great opportunity to catch up on the buzz of Drupal, Joomla, WordPress, and Plone. eZ Publish, Hippo and Alfresco were also in...