Common reactions to the facts we’re about to share include:

…and so on. While these social media marketing statistics are so remarkable they may be difficult to believe, they’re absolutely true.

7 Reasons You Need to Be Social 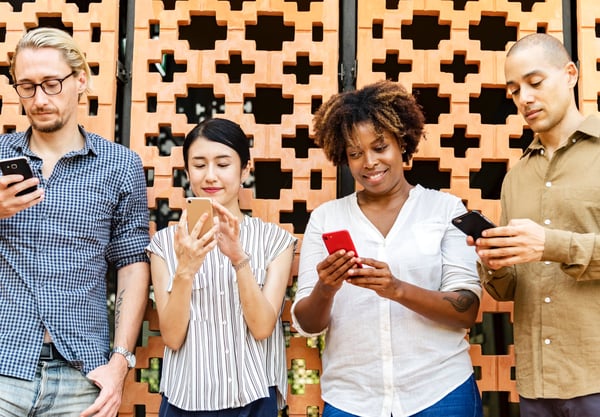 It’s easy to see how all of the above activities could account for a significant amount of time in a social media user’s life. And, another top reason for using social media is that they want to buy stuff. Social media is a great way to research products and companies to determine where to buy what.

What the Numbers Mean

What do these statistics mean for your business? They mean you can get more out of your social media marketing efforts than you think, simply by showing up to the game. Are you ready to play? Contact us today.

The Secrets to Sharing Social Media

CommonPlaces in News & Culture, Design, Development
Sometimes the most obviously helpful tips are often overlooked, or under-utlized. That is probably the case with one of the most basic elements of modern marketing; the social media icons. They are...
2 min read

CommonPlaces in News & Culture, Design, Development
Over the last few years social media has become an integral piece of marketing. Along with the increase in its importance, social media presence is becoming an increasingly complex task to manage. As...
2 min read

CommonPlaces in News & Culture
It's the beginning of July already, and we have seen some pretty amazing changes to social media in the first half of this year. We've also seen some interesting stories directly related to social...
2 min read

CommonPlaces in News & Culture
Stop me if you've heard this one before. A woman in her 40s thinks it's time that her mother got on social media, in order to connect with family members. She sets the older woman up with Facebook,...