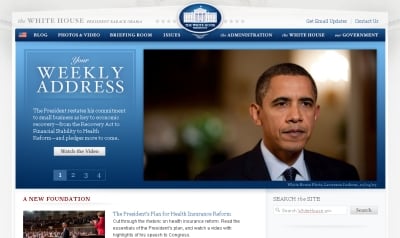 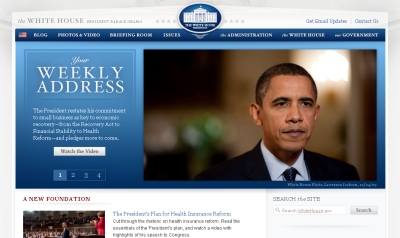 The Drupal world was a-buzz this weekend with the news that WhiteHouse.gov was redesigned in Drupal, and launched Sunday. President Obama has frequently stated his support of open source platforms, and in fact, other White House affiliated sites such as Recovery.gov have already leveraged the Drupal platform. The content management functionality of Drupal perfectly supports the President's stated belief in an open and transparent government. For anyone involved with Drupal, it's very exciting to see Drupal gaining such a foothold in the government space.If you're interested in learning more about what Drupal can do for your business or organization, please contact us today.

From Unemployment to the White House

CommonPlaces in News & Culture
President Obama's search to put a face to the long-term unemployed brought him to CommonPlaces.
2 min read

Ben Bassi in Development, Marketing
We have been covering the furious debate over net neutrality since the controversy hit the high-speed fan very early in 2014. Shortly after a Federal Court of Appeals determined that the FCC did not...
2 min read

President of CommonPlaces Speaks on the Future of e-Business

CommonPlaces in Development
Almost daily we help people evaluate Open Source resources for use in their projects. We've found that there are a lot of myths and misconceptions out there that make reaching a decision harder than...