Will Internet Fast Lanes be the End of Net Neutrality? 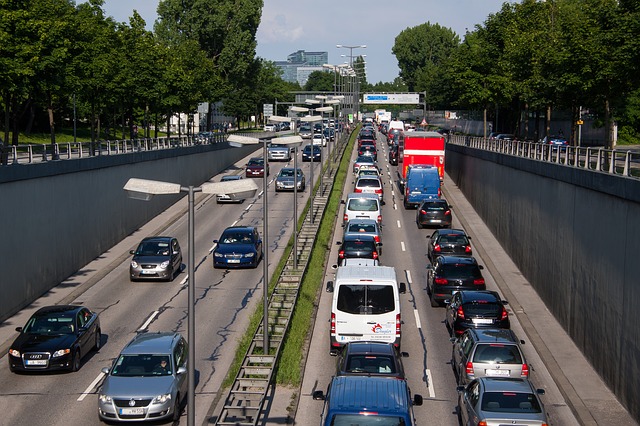 We've been chronicling the issue of net neutrality for several months, and recognize the significance of, and the interest in, this subject. We welcome today's guest blogger Daniel Brenton, offering his perspective on the latest developments. 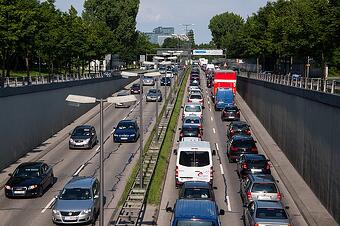 Everyone's experienced it. You're heading down the freeway, a three lane strip of asphalt with a speed limit of 65 miles an hour, and there's someone in every lane poking along fifteen or twenty miles under the speed limit.

Now, imagine this: the Department of Transportation is given the latitude to take in revenue to "sponsor" a freeway fast lane set aside specifically for people going to a set destination -- let's say, Disneyland -- and the speed limit in that lane can be as much as 180 miles an hour. Not going to Disneyland? Then you'll have to plod along behind the slowpokes in the remaining two lanes of that highway.

Sounds ridiculous? Well, in the digital world, the door was opened for this to happen on Thursday, May 15. The Federal Communication Commission approved a proposal from its chairman, Tom Wheeler, which potentially allows for internet service providers (ISPs) to create internet "fast lanes," where the ISP could charge content providers for priority (high speed) access. The ramifications of this is a source of contentious debate, which is at present raging in technology circles, not just in the United States, but across the globe.

Why You Should Care

The basic premise of this part of Tom Wheeler's proposal, of allowing the creation of internet "fast lanes," violates the principle of net neutrality. If you're running an internet business, this poses a fundamental problem of survival.

Let's say you're a new small business, offering some kind of streaming service -- say, live or recorded teleseminars -- and because you can't afford the priority "fast lane," your material isn't as big and beautiful as your competition's. Beyond this, because of inevitable network irregularities your offerings are sometimes even broken up and choppy, something your Big Boy competitor doesn't have to even think about.

Fair? Of course not.

Fortunately, a coalition of tech companies -- Amazon, Google, and Facebook among them -- remember their small-time, little guy roots, and are ramping up their opposition to the "fast lane". Had "fast lane" priority access existed when any of these companies were getting off the ground, it's likely none of them would have succeeded.

What You Can Do

1. Educate yourself on the issue

The freeway fast lane example above is a simplified attempt to illustrate what is in reality a very complex issue. You, as a business person with a web presence -- or even as a run of the mill internet user -- have a dog in this fight, and an understanding of the issues and the players involved is essential. The Electronic Frontier Foundation (EFF), a major watchdog/activism group, has some suggestions for taking action.

2. Make your position known to the Federal Communication Commission

We are now in a 60 day public comment period, where anyone is invited to share their thoughts on the proposal. EFF in fact has gone so far as to create an online tool to simplify the commenting process, which you can find on their website. If you'd prefer to post a comment directly through the FCC website, the popular tech website Gizmodo has posted instructions on how to get there.

If this is making your blood boil, make your voice heard. Write or phone your senators and representatives. Follow the work of activist groups that are taking on this issue, and support their efforts.

The last thing you want to do is nothing, because nothing will get done.

I will have to concede that, at face value, Chairman Wheeler appears to have heard the criticism and adjusted his proposal to attempt to head off the creation of what became known as internet "slow lanes." The original proposal left open the possibility that the content providers unable to pay for priority access would be throttled down to the meager bandwidth left over by those hogging priority access to themselves, bandwidth needed for their regular and potential customers to find them and load their sites at reasonable speeds. It is also heartening that the proposal leaves open the possibility of reclassifying the internet as a common carrier, known as Title II in FCC parlance. As pointed out in The New Yorker, this would enforce net neutrality, regulating the internet on the same level as telephone services.

It should be noted that Mr. Wheeler, as a former lobbyist for the cable and wireless industries, has had his motivations questioned. Unopposed, the forces that lobbied for this move on the part of the FCC would appear to be unconcerned in leaving you and your business behind, as no more than road kill on the information superhighway.

The time is now. I urge you to educate yourself on this issue. Once you have, I am absolutely confident you'll want to take action. Please do.

Daniel Brenton: The creator/author of the Five Second Novel series, is co-author (with David S. Michaels) of the space race thriller Red Moon, and is the recipient of activist group Fight for the Future's "Order of the Defenders of the Internet" medal. He lives with his wife in Las Vegas, Nevada.

CommonPlaces Awarded One of the Best Places to Work in NH

CommonPlaces in News & Culture, Design, Development, Marketing
With the holidays ramping up – and just as quickly winding down, we decided to have a look back through to reminisce on the top ten articles our readers found the most interesting or helpful...