New Book Advises You to "Underdo" the Competition

One of the main tenets of Rework, a popular new book on Web profitability, is that the path to success lies in "underdoing" your competition; in other words, offer fewer features, but do it better than anyone else. The book, an Amazon bestseller, was written by Jason Fried and David Hansson, the founders of 37signals (the company behind Web productivity tools such as Basecamp and Highrise, as well as the Web application framework Ruby on Rails). They offer several strategies for Web success in their new book, but the main point that many have taken away from Rework is to do less, better. 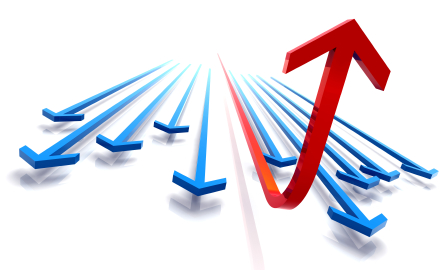 For Web developers like us, this point really hits close to home. On a near-daily basis, we face the very natural inclination on the part of our clients to want more in their websites. In our 'bigger is better' culture, it is understandable that these clients would want to pack the most into their website that they can. More often than not, however, we advise them as this new book advises them - start small, and make a name for yourself by doing something very well.

It's easy to see the success of Google, Amazon, Facebook, and other mega-sites, and want to emulate their model. But it is critical to remember that every one of these sites started out by doing one thing well. Google started with search, Amazon started with books, and Facebook started out with students in select universities. Once these sites were able to gain a foothold, they expanded their offerings and ambitions.

Whether you call it "Feature-itis," "Scope Creep," or "Runaway Functionality," the desire for more and more features can jeopardize the future success of your Web project. When considering a new piece of functionality late in the development process, consider the following questions:

The Value of a Scrum

CommonPlaces in Development
We advocate the waterfall method of project development in order to launch a website. Get it up and running so that revenue is coming in the door. Then, we apply Agile methodology to the details and...
1 min read

Ben Bassi in Development
It's not often that one of our clients takes the whole project team out to dinner at a posh restaurant to celebrate a successful launch. Epsilon was kind enough to give us this treat, and I want to...
1 min read

CommonPlaces in Development
Greenopolis.com (Beta) was featured as a Gold Sponsor of Drupalcon Boston 2008, a gathering of over 800 Drupal professionals.
1 min read

Ben Bassi in Development
The worst kept secret on the Web is the fact that mobile Internet usage will overtake desktop Internet usage in the very near future. The joke is that there are 6 billion people on the planet, of...