Where is Technology Taking Us? 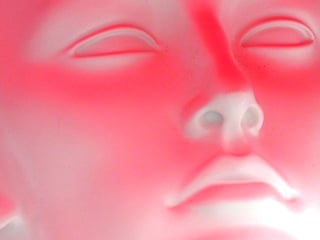 In 1996 the Web was a relatively recent invention, and the Internet itself, while having evolved in a small community of scientists and academics, wasn't well-established, at least not in the mass market - it was just hitting the scene. There was a lot of speculation as to where it might be headed. Some would offer hopelessly inadequate predictions with no vision (It will be twice as fast!). Still others predicted laughably optimistic science fiction (The Internet will give us flying cars somehow!).

I remember those days, and it made me wonder - what makes the difference between an accurate prediction and a failure? How do we avoid making an investment of time, money, and energy in a technology doomed to obscurity or inevitable obsolescence? Is it even possible?

With the sheer volume of the technology at our fingertips, fully investigating their possibilities seems impossible. Each inquiry we make costs resources, and the higher the number of potential technologies there are to investigate, the greater the need for making better decisions about what to filter out and what to focus on.

All technologies have a progression, from obscurity to fame, and beyond to obsolescence and death (and sometimes rebirth). Predicting the future of technology is essentially the same as identifying the technology that is currently climbing in relevance. While we can never tell the future with any certainty, we can analyze the past for trends. Technology which has succeeded and is in wide use today was started by some lucky son of a... I mean enterprising and industrious person. Some of it was the result of luck, while some of it was a drive to sell and market something new. Even the greatest sales pitch, though, can't sell a useless product - at least not with any sustainability. And luck can't explain everything. These visionaries must have had a strategy, whether they were aware of it or not, to put the odds in their favor. Their journey to success left clues for us to find and modify their ideas.

The most successful technological advancement will always be the most practical and useful. In fact, the success of a technology is really not about the technology at all. It's about the people, the networks they make up, and the trends they create and follow. The Internet was invented for defense networks, and some of the first implementations of it were to exchange academic knowledge. The early days of personal computing were dominated by a species known as computer geeks - a different breed of human being that were shunned by the masses, frightened of their wizard-like abilities.

Ultimately, it doesn't matter what the "best" technology is for any given purpose. What matters is if people actually use it. How a technology is used becomes far more important that whatever its intended purpose might have been.

Focus is time, time is investment, and investment is obligation. People will never use something if they don't know about it, and people only know about things they are exposed to. This usually means things which are already being used by others. It's a vicious catch-22. Traditional marketing may work, but it can be expensive, and is just as much of a gamble as any other investment. Market research gives us another clue about predicting the future. It helps to explain how people make decisions about technology by demonstrating that
the advance of technology is more psychological than technical.

The greatest barrier we can run into is a large price tag, and not a literal price tag in actual monetary value, either. What is the price tag for training and maintenance? What's the learning curve? Access to community, to documentation, and to the technology itself is extremely valuable, and can be the killer attribute of the next generation of technology. This is especially relevant to the younger generation which has less capital to invest. When faced with a decision between proprietary and open source software, for instance, the choice is obvious, especially if the project has a large community and an abundant supply of tutorials, videos, and other documentation available online to learn how to use it.

As the number of people using a technology grows, it's important to leverage the human capital of the past - the skills, tools, and other assets already present. In the world of programming, this means abstraction - the building of new tools using old tools, to accomplish a given goal. Scientific discoveries created the formation of natural laws - the formulas, theories, and other abstractions describing the way nature actually works.

Those natural laws eventually led to the creation of

Those components led to

This is how we "stand on the shoulders of giants". This is almost always the path that successful technology takes - the path of least resistance.

All of this implies a goal, but goals are dictated by market forces - by people. If we could identify the goals of people, then predicting the future would be easier, as we could simply choose to focus on what technology best achieves those goals. Just as there has been an explosion of technological choices, there has been an equal explosion of personal choices The real challenge is to find the common ground between those choices - the center of this trend - the core of all human goals.

Where is all this going? I'm in the market for some technology. What I really need is to get a 3D-printed brain implant, and embedded personalized data filtration system, through which I can integrate the relevant information I need directly into my brain. Once I have that, adapting the technology I use to my own biology, I will be better equipped to answer these kinds of difficult questions.

CommonPlaces in News & Culture, Design, Development
The meta description is an often misunderstood piece of the digital marketing puzzle. You know it as that snippet of text which is displayed below the page title in search engine results, and with...

CommonPlaces in News & Culture, Design, Development, Marketing
For everyone asking for a copy, here is the PowerPoint presentation we presented at SIPA, Las Vegas, NV, December 2008. If you have any questions, or just want to chat about your projects, contact us...
2 min read

Why We Chose Mavenlink as Our Project Management Tool

Kendra Bassi in News & Culture, Development
One of the best things about working here at CommonPlaces is our team’s dedication to improvement. It’s so refreshing to work with a team that is passionate about the success of the company! We work...