Digital Natives and the Future of the Workplace 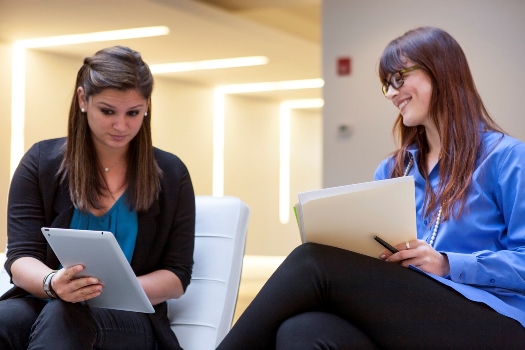 It has been argued in many forums over the last decade and a half that Millennials, often called Digital Natives because they started learning after the beginning of the digital information boom, see the world in a different way. Because they currently occupy 1/3 of the workforce, and will become 50% of American wage earners by 2020, they may have their greatest impact on the workplace. If you are a company executive who also happens to be a Digital Immigrant, someone who learned to embrace digital technology after college, then you need to prepare yourself for the revolution that the Digital Natives will bring.

Say goodbye to the same-old, same-old 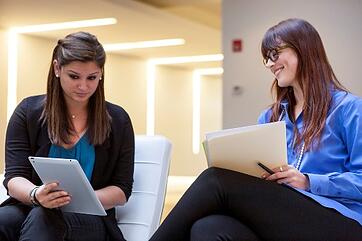 If you ever begin a statement to a younger employee with the words, 'In my day'_' consider your point already lost. You had to adapt to new technology in order to survive in the corporate world, and they already had those advantages long before they graduated college. Big whoop, my friend; it's an old story, so move on. Digital Natives say that they have plenty of respect for their more seasoned colleagues and executives, but they are strongly motivated by mutual respect. Employers need to adjust to a new generation's preference for a collaborative working environment, rather than the traditional hierarchy.

Members of this new workforce generation were raised to believe in seeking several opinions and approaches to a problem. Boomers have a 'My way or the highway' attitude derived from a work ethic which demanded decisiveness in problem solving. If older workers believe that they should be left alone to manage a task, Millennials prefer feedback and are far more accepting of a hands-on supervisor than their colleagues from a previous generation. This approach often leads Boomers in management to believe that these employees need constant supervision.

Digital natives are also far more likely to prefer flexible hours, and believe they can be just as productive, if not more so, when they work outside of a traditional office environment with devices of their choosing. If, as an employer, you believe that your younger employees aren't working if they aren't at their desks, you may have a hard time keeping those employees. They believe that the typical 9 '- 5 desk jobs are nothing more than a dead-end. If they get their work done, they will tell you, what does it matter where and how it was accomplished?

All work and no play makes Jack a dull boy

Hard work and sacrifice equaled success under the great American Dream for decades, but many twenty-somethings saw their parents lose their jobs and savings during the great recession, and have vowed that their professional lives will be different. They want a good job, and a dependable career, but they want time for extra-curricular activities and social engagement outside of work. For them, there is more to life than a good paycheck.

In fact, using social media in the office is often cited as an important factor in many Digital Natives' selection of a workplace. When they see older employees heading to the Break room, Millennials would prefer to take a few minutes to check their Facebook page, or Twitter feed. Conversations about anything and everything are conducted over Skype with a coworker seated beside them.

Ultimately, Digital Natives, or Millennials, or Gen iY '- however they prefer to be called '- are seeking much the same out of the workplace as anyone from a previous generation. They want a sense of belonging and value, and they want to contribute to the success of their employer. With respect, nurturing, and an acceptance of new approaches and technologies, the next generation will provide your company with a bright future.

Are you a Boomer finding it hard to adjust to the Millennials in your company? Are you a Digital Native looking for a company to appreciate what you have to offer? Please provide some feedback and comment on this subject.

What is the Appeal of Ello?

CommonPlaces in News & Culture, Development, Marketing
Seriously? Another social media site? In a word, yes. It is Ello, and it is exploding in popularity. One report cited an astonishing growth of 30K new members an hour at peak times, up from only 90...
2 min read

CommonPlaces in News & Culture, Development
Writers can be solitary, lonely souls and still bring in a paycheck. Give them electricity, internet access, and enough caffeine and they will get the job done. Twenty-five years ago they only needed...
3 min read

CommonPlaces in News & Culture, Design, Marketing
For time immemorial (i.e. since the late 1990's), link building has been a key part of search engine optimization. Over the last ten years or more, countless methods have been suggested for getting...
1 min read

Team Outing - Take Me Out to the Ballgame!

CommonPlaces in News & Culture
Here at CommonPlaces we place a high value on balancing work and personal life. Every year we try to host at least one family outing. It gives us all a chance to let loose, have fun, and meet the...