Drupal 7 vs WordPress 3: Battle of the New Features

Two highly anticipated CMS releases, Drupal 7.x and WordPress 3.x, are both set to appear in the next month or two. Drupal 7 is currently in Alpha release, but is aiming for a Beta release later this month. WordPress is a little bit ahead, having published a Release Candidate on May 28th. In light of the coincidental (?) timing of these two major releases, let's take a look at some of the new features in each release, and see which is more exciting for its respective community.

For nearly two years, the number one stated objective for Drupal 7 has been improved usability. One of the most common complaints from Drupal detractors has always been that Drupal can be difficult for site administrators to use. Drupal 7 includes a number of usability improvements to help combat this perception. Using the administrative back-end has been made simpler in three main ways: better organized admin menus, making it easier to find the correct task; easier-to-use edit content functionality, with better support of WYSIWYGs; and customizable admin dashboards to provide shortcuts to common tasks for admin users.

Besides these niceties, Drupal 7 also includes the performance and security improvements that one would expect of any major release. In addition, a number of popular modules, most notably CCK, have been added to Drupal core, making the standard Drupal installation a more complete, ready-to-use package. There will also be a second installation profile, Minimal, included that will only contain a few very basic modules, if you want more control over which modules are installed on your site. And speaking of installing modules...Drupal 7 will also feature an interface to download and install modules with a couple clicks - FTP is no longer necessary. Many less advanced Drupal users will surely appreciate this simpler installation process.

First off, WordPress MU (Multi-User) will be included as a core piece of WordPress 3, making it possible to manage multiple websites through one dashboard. It will also make it much easier to install and use BuddyPress, a popular suite of social functionality that requires MU as its base. Another big feature is Custom Post Types. Up until now, WordPress has allowed for two content types out of the box: Posts and Pages. In WP 3, you can create your own custom content types, such as team member, customer testimonial, or portfolio item. This important addition will force many people to recognize WordPress as a "true" CMS, if they haven't already.

Another new feature of this release is a (much) better system for creating and editing navigation menus. Also, it will be possible to create custom taxonomies in WordPress 3. Taxonomies were previously limited to the default two: Categories and Tags. The addition of Custom Post Types and Taxonomies are two more steps towards making WordPress look like much more than "just" a blogging platform.

So which platform wins? In terms of which release is the more exciting, it is hard to ignore the big new features in WordPress 3. This expanded feature set promises to move WordPress into a whole new category of software, and create competition for other, larger platforms. However, the new features in Drupal 7 are still very exciting to anyone in the Drupal community.

In terms of comparing the two platforms to each other, WordPress still has a ways to go. Though it may be perfect for smaller applications, Drupal still wins in terms of security, power, and flexibility. Dries Buytaert assessed the situation well with a couple of retweets from his Twitter account:

Dries: RT @chx1975: WordPress is now approximately where Drupal was around Drupal 5 w/ content types. See you in 2015.

Dries: Agreed, and fair enough. RT @newoceans_en: @Dries Drupal 7 will hopefully be where WordPress was around 5 years ago regarding UX.

It is very clear from the promises of these two new releases at least that Drupal is attempting to become more user-friendly (WordPress' strength), and WordPress is reaching for some of Drupal's strengths, such as custom content types and taxonomies. Both platforms appear poised to become very powerful tools in the world of Web development.

CommonPlaces Approach to Web Development – It All Just Works 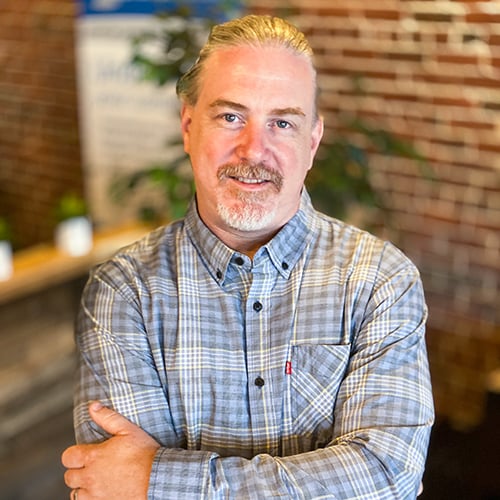 Five Reasons Why There is No Replacement for a Website