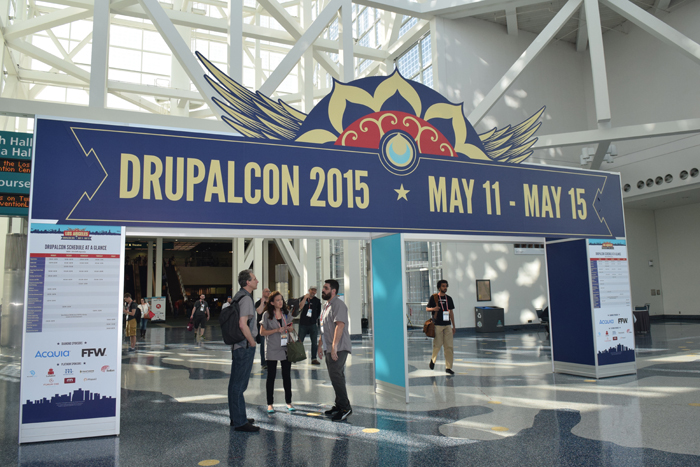 The biggest Drupal event of the year took place where the artists of the movies gave place to the artists of the Web: Los Angeles, California. The second largest city in the United States was a temporary home for more than 3,000 Drupalistas from 58 different countries. Wow'_ this is fantastic considering that 10 years ago at the first DrupalCon only 27 people showed up.

The DrupalCon 2015 was hosted at the enormous Los Angeles Convention Center which was filled with excitement and great expectations about something that unites all developers: Drupal.

For me, the real value of attending a DrupalCon isn't just the sessions, but it's about the joyful and exciting atmosphere where people become immersed in the Drupal universe. After attending DrupalCon I always come home energized and encouraged to do things better and greater.

DrupalCon is also about meeting people from different places, discussing similar work experiences, and sharing helpful information. This time I had the opportunity to meet people from US, New Zealand, Ethiopia, and South Korea. I was even able to exchange some words in Portuguese, my native language (I'm from Brazil), with a man from South Korean who was passionate about Brazil's music and culture.

At DrupalCon Austin in 2014 there were many

sessions about Drupal 8 which created the expectation that it would be launched soon. Obviously that did not happen. After hearing the updates at DrupalCon Los Angeles, I think we now have something more palpable to talk about with our clients.

I am excited for DrupalCon in 2016 when people will be able to discuss their experiences using Drupal 8. The founder and lead developer of Drupal, Dries Buytaert, had amazing notes this year. He provided a history of Drupal from its starting point, along with insight into where it is going. I think we can finally say that Drupal 8 is around the corner. It is expected to be officially launched at DrupalCon Barcelona, in September 2015. There were 28 critical bugs to be solved before DrupalCon Los Angeles, and 24 after the convention.

Details About the DrupalCon Sessions

I am a site builder, and most of the sessions that I've watched at the previous DrupalCons were about development. This time I decided to vary a little and attended some sessions about business and management. I wanted to expand my knowledge and compare what our company does to what the other companies do.

To my great surprise, I really enjoyed the session presented by Steve Parks on 'How to Run a Drupal Agency'. It was an awesome session where Parks shared his years of experience from how to bill clients to how to build a great team. It was, for sure, one of the best (if not the best) sessions at DrupalCon 2015.

Other recommended Sessions from DrupalCon 2015:

DrupalCon is now going to Barcelona, then India, and will come back to United States in May 2016 in New Orleans, LA. The announcement was made at the closing session and as soon as it was announced a brass band playing New Orleans music style started marching in the middle of the attendees throwing Mardi Gras beads to everyone. That was fun and made everyone excited to go to the happy city of New Orleans in 2016. 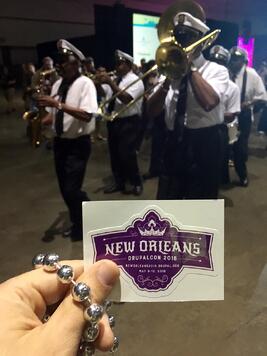