Since its inception, Twitter has been a valuable venue in which businesses can advertise their products to a large audience. With a user pool of over 500 million 'Tweeps,' big companies with global brands and small companies with local ties can reach out to consumers on all ends of the Earth with a single 140-character long phrase. Even though Twitter is still fairly new, it is a no-brainer for every social media and digital marketing campaign.

In addition to regular tweeting and follower engagement, Twitter offers a series of advertising options called Promoted Products. These services allow businesses to better engage users. Similar to advertising on Google, Twitter operates the Promoted Product functions on a CPE (cost-per-engagement) basis. The subscriber only pays when the tweet is favorited, replied to, retweeted, or clicked on. The results can prove to be very cost-effective. Coupled with regular tweets and engagements, businesses have found this advertising service to be very valuable. Here, we'll discuss some of the benefits and advantages of Twitter's Promoted Products.

3. Tweet at users in a specific geographic area '- Promote a special offer for Boston area followers without bothering your followers in Bangladesh! Targeted Tweets, a new service from Twitter, allows you to define the geographic locations in which your tweets are displayed. 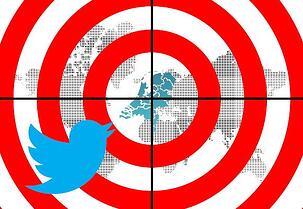 5. Host a viral conversation by sponsoring a trending phrase '- Users are always checking out what topics are trending in the Twittersphere. With Promoted Trends, you can develop a trend or a hash tag and stir some buzz with engaging conversation, all while encouraging traffic to your company's Twitter page. TweetCharts lets you discover all the trending about a certain word or phrase, and lets you discover hidden trending articles. Another way to predict a trend would be to monitor Google News for any breaking stories as well. 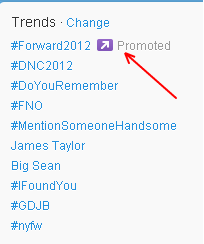 Comment and let us know what you think about Twitter's advertising products. Of course, feel free to contact the CommonPlaces team for more information about digital and social media marketing strategies.

CommonPlaces in News & Culture, Design, Development
Because you are reading this blog, which often addresses social media issues, there is a strong likelihood that you use Twitter. For many, this 140 characters or bust site is a lifeline to the...
2 min read

CommonPlaces in News & Culture, Development
It's hard to believe that Twitter is barely seven years old. Launched in July of 2006, Twitter rapidly became one of the solid foundations for international social media. Its impact on culture,...
3 min read

CommonPlaces in News & Culture, Design, Development, Marketing
Before you start asking what I have against these two mega-sites, rest assured, the answer is nothing. Both are valuable marketing tools, as countless companies have discovered. But if you read...
1 min read

Ben Bassi in News & Culture, Development, Marketing
Twitter’s stock just hit an all time low of $25 (NASDAQ: TWTR). Remember the days when Twitter was all the rage?  More and more people are asking me “What am I going to get out of Twitter”? Twitter...