Advice my Father Gave Me

Once a year he enjoys a day in which he is honored for the position in life that he most treasures. He gets a hug, a present, a special meal '- all for being a dad. This Sunday is Father's Day, and the team here at CommonPlaces wishes to pay tribute to our fathers by sharing the wisdom they passed down to us. 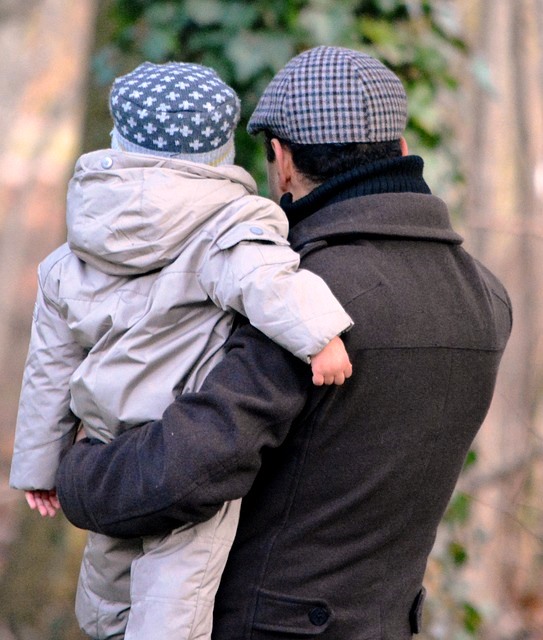 This is something I have used in running CommonPlaces. A lot of agencies immediately tell new customers they need to rebuild everything and start over. We analyze the situation and only fix what's really broken with our CPR program. Thanks to my Dad's advice, CommonPlaces has saved its customers hundreds of thousands of dollars over the years.

I always looked up to my Father. He worked in the valve industry for 50 years. He began as a machinist with a high school degree and with his hard work and intelligence he became a well-known engineer and a Vice President of Engineering. He is proof that if you work hard, you will succeed.

'Don't let people have a reason to question your character.'

"Bryan, you'll never be the best at anything."

This taught me to accept my human flaws and basically roll with them. In all things I will be better than some, and there will always be some that are better at it than I.

"No email bombs. If you've got something that's tough to say, say it. Don't be a coward and email it."

And the first one that came to mind.... "Tempus fugit memento mori"

"No Excuses, Just Solutions." Anyone can come up with an excuse for any problem, and there are thousands of them to choose from. The real challenge is to look past them and find the solution, no matter what.

'Never worry about anything. Worrying is counter-productive. If you can do something about a problem, then do it. If you can't, then worry is just a waste of time.'

At every stage of my life, whether on an upswing or a downswing my parents have always said, 'You can do it! Just keep trying. We know you can do it."

"Want the ball. Don't hope it gets hit to someone else."

My dad use to ask me almost every day: "Which book are you reading?" and he also used to say a lot, "Study. Don't be a fool."

Kendra Bassi in News & Culture, Development
The Web Marketing Association has honored CommonPlaces, Inc. with the 2014 MobileWebAward for Outstanding Achievement in Mobile Development. The award went to the team which designed and developed...
2 min read

The Time to go Mobile is Now: Thoughts from SIPA 2011

Ben Bassi in News & Culture, Development, Marketing
Before the days of online shopping it was required that you travel to the store, find a parking spot, walk through crowds, and stand in long lines, just to make a simple purchase. Now, with the power...
2 min read

It's Time to Unleash the Power of Inbound Marketing

Ben Bassi in News & Culture, Design, Development
During the past 10 years I have met with and helped a variety of clients who wish to redesign or rebuild their website because their current one is seemingly ineffective. I've found that all clients...