'Everything is bigger in Texas', right? This is one of the best known phrases about Texas around the country, and confirming this statement the DrupalCon 2014 in Austin/TX was the biggest DrupalCon ever. This year there were 3443 attendees, coming from over 60 countries. From South Africa to Manchester, New Hampshire where our office is located, a multitude of people got together at the Austin Convention Center eagerly interested to learn more about Drupal, to talk and make new friends, to improve their process, and to collaborate to make this tool even better.

Attending a DrupalCon does not mean you are going to learn a lot of new practical things that you can start applying on your daily job right away, but there are at least three things that you will surely get: 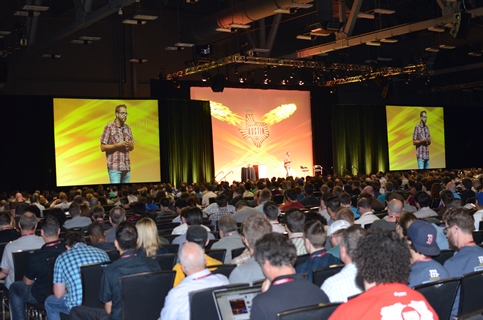 In 2013 Dries Buyrtaert (Drupal Project Leader) promised to the Drupalistas that we would start doing real work using Drupal 8 in 2014, which seems unlikely to happen given the remaining major blocks. He then mentioned in the DrupalCon 2014 Opening Session that efforts would need to triple in order to get Drupal 8 launched within 2014 timeframe, frustrating those (like me) who are anxious to start working with the new version and take advantage of the CMI (Configuration Management Initiative) in order to improve deployment and keep track of configuration changes. We're also eager to work with Twig, the new theme engine system for Drupal 8. Although I already work with Twig on other personal projects, I'm more than happy to have it in Drupal, because I profoundly expect it to decrease the number of projects that we are hired to rescue, where the previous non-Drupal developers placed tons of PHP business logic inside of the templates. Yes, no more PHP inside of the template files performing crazy database queries and controlling everything that happens on your website. We all know this is bad practice.

The 'Future-proof Your Drupal 7 Site' session really caught my attention. It made me proud of our team at CommonPlaces; reconfirming for me that we are following the best practices and advices as recommended by the speaker. Given the fact we are going to still develop new projects for the upcoming months, and support Drupal 7 projects for the upcoming years, this session was really enlightening and helpful.

Other sessions that appealed to me were related to tests aimed at improving site performance: backend tests and front end tests. 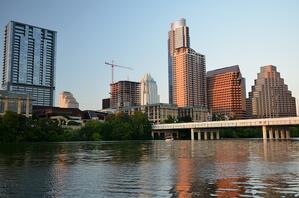 In contrast with the previous rainy DrupalCon in Portland, it was extremely hot and sunny in Austin, allowing the Drupalistas to get around the city that claims to be the Live Music Capital of the World'_ and probably is. There are hundreds of live concerts going on every night, tons of musicians and singers performing in bars and restaurants along the happy and historic 6th street. While in Austin you will see some weird things like plenty of people going to the South Congress Avenue Bridge, waiting for the sunset to watch millions of bats coming out of the bridge. It made for a 'weird spectacle'. Another thing that I won't forget came on my last day in Austin. I arrived at 11am at a place called Franklin BBQ to eat some Texas BBQ before returning home, and there was a huge line of people waiting to get some BBQ. I asked the last guy in line how long we should expect to wait to eat. He said 3.5 hours was normal'_

What??? Almost 4 hours burning in the sun over 100ŒÁF just to eat at a place that was nothing to look at from the outside? Of course, I didn't wait and left the place wondering if they put gold in their BBQ or maybe the gods of BBQ live there. I believe things like these explain their slogan: 'Keep Austin Weird'.

Alright, maybe the slogan should be 'Keep Austin Weird' and 'Keep DrupalCons Great'; because it was great in Austin. Let's get together again in Los Angeles in the spring of 2015, where the artists of the movies will provide a home to the artists of the Web.