From Unemployment to the White House 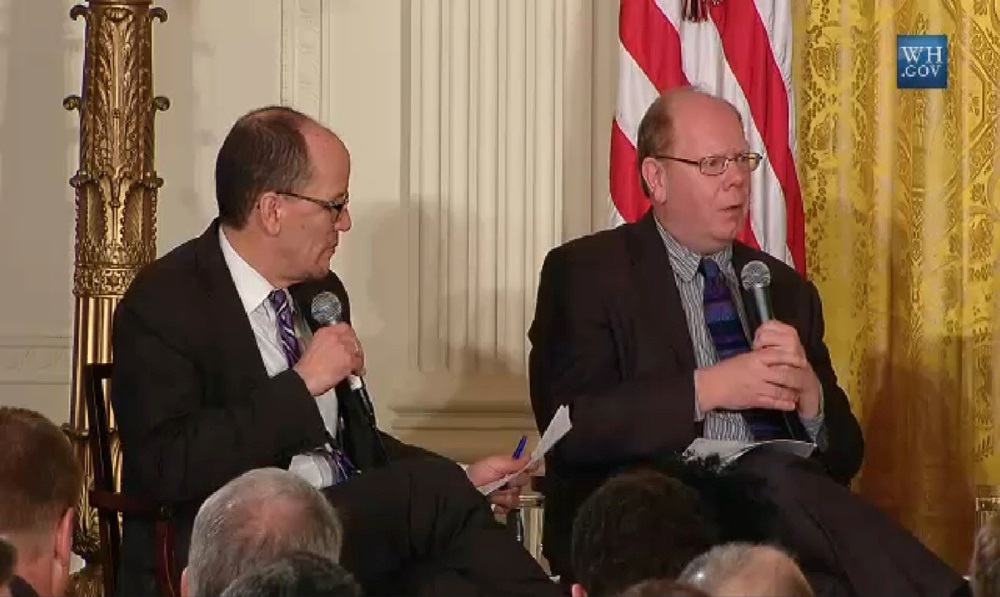 President Obama's search to put a face to the long-term unemployed brought him to CommonPlaces. 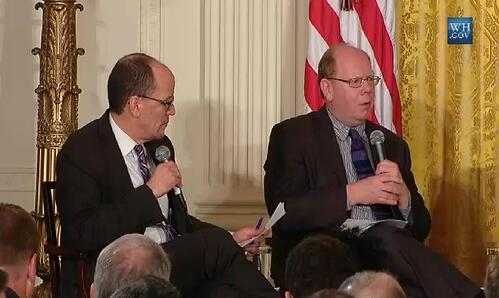 My cell phone rang at 9 am on the morning of January 28th. 'Hi, Gary! It's Mark Robillard here, from Southern New Hampshire Services.' Mark is Job Placement Coordinator for the On the Job Training program (OJT) at NH Works, which has been so successful in helping us find and train some of our staff. He also assisted me in landing my job. 'We've been asked to find some candidates who might be able to come to the White House and speak about their experiences finding work after being long-term unemployed.' He added, 'Do you think you'd be interested in participating?'

Why, yes. Yes, I was definitely interested. When the words speak and White House appear in the same sentence, and they are directed specifically at you, then you should at the very least be interested. This was the beginning of what turned out to be a ninety hour whirlwind. My cell phone got more use in that time than it probably saw in all of 2013. It was, and this is no exaggeration, a surreal experience.

On March 8th, 2012, I was one of many employees at my previous company to be laid off. While the great recession was beginning to show signs of alleviating, I knew that my task of finding a new position was a daunting one. It didn't help that I was over 50. I worked every day, including weekends, for an average of seven hours, scouring every possible lead. I took advantage of every resource that came my way, particularly those available from NH Works. They have an excellent database called the Job Match System which enables the unemployed to post many different resumes at one time, and to list all of your skills, interests, and strengths. I had every confidence that I would find a job. As the months rolled by, however, that confidence was tested.

Late in January, 2013, I was still unemployed, and my benefits were ticking out their final days. By then, I had submitted over 180 resumes. However, I was beginning to get some attention in the fields of copywriting and marketing, so I began to tweak my resumes to emphasize my writing skills, as well as bring attention to many tasks that I had performed related to marketing. While I considered it unlikely that I would be hired in a profession that I'd never held before, it seemed like an avenue worth investigating.

Ben Bassi, President and CEO of Commonplaces, was looking for a copywriter to join his Marketing team. He saw my resume in the Job Match System, called me, and brought my attention to the OJT program offered by the Office of Workforce Opportunity through its workforce provider, Southern New Hampshire Services, Inc.Essentially, OJT allows companies to hire people who would not otherwise qualify for a job, but who demonstrate the capacity and proficiency to learn the skills needed to perform at the entry level for the position. Soon, I was on a very fast track to my new career. My very last possible unemployment check was deposited in my account on the day that Ben offered me the job. My counselor in Nashua wept when I gave her the news.

Recently, I wrote an article intended for publication elsewhere regarding the value of the OJT program. I sent it to Mark at NH Works for vetting, and clarification. Apparently that article was seen by enough eyes that, when the Department of Labor reached out for names to participate in the discussion at the White House, I was placed on their list. They also liked the fact that I have been an actor and public speaker for decades. I wasn't likely to freeze in my steps. I didn't want to tell them that it's often more difficult to shut me up.

That night, in his State of the Union speech, President Obama mentioned that he was taking steps to alleviate the problems faced by the long-term unemployed, as well as his plans to bring individuals to the White House that Friday in an effort to seek solutions. He hoped to bring CEOs together with the real faces and stories behind the situation, and not speak of us as hypotheticals.

Then, on Wednesday at 2 pm, I received notification that, in fact, I was just one of four selected to participate in the panel. That's also when my phone REALLY lit up!

I flew into DC on Thursday night, and was seated in the East Room of the White House before 11 am the next morning. I met many members of the Cabinet, White House and Labor Department staff, and shook the hand of the most powerful man on earth. The President discussed a best practices pledge that at least 300 companies have already signed onto promising, among other things, to prohibit their human resource departments from screening against workers who have been unemployed for more than six months. He then unveiled a $150 million grant competition aimed at encouraging local governments and CEOs to forge partnerships that can help the long-term unemployed find jobs.

All my comments ultimately ended up being extemporaneous. I acknowledged Mr. Bassi, who flew to the event on his own dime, and I praised the OJT program for its efficiency and results '- if companies would only use it. More businesses need to follow CommonPlaces' example and take advantage of the resources that are available to them. Mr. George Copadis, Commissioner of New Hampshire's Employment Security was seated in the audience, and I saw him nod at that point. Secretary of Labor Tom Perez then asked me to speak directly to the CEOs gathered. I urged them to consider more than the professional experience of applicants looking for work, and to look at life skills and personal experience as well. As for advice to those looking for work, I simply said, 'Persevere.' To which Secretary Perez added a paraphrase of Winston Churchill who said, 'Never give in'-never, never, never, never, in nothing great or small, large or petty, never give in except to convictions of honor and good sense.'

Then I took a selfie with Senator Al Franken. He looked at the picture and remarked, "You look surprised!" 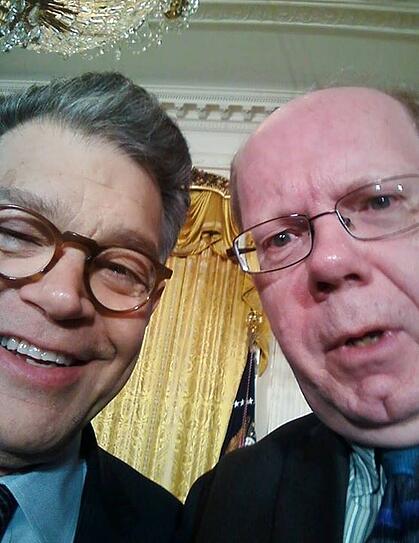 Ben Bassi in News & Culture
There was a time when networking was industry events, lunch dates, golf games, and sharing tickets to a sporting event. In order to get to know the person that you would trust your business with, you...
2 min read

CommonPlaces in News & Culture, Development, Marketing
I write for a living. This, I admit, sounds like a really sweet gig. There is no heavy lifting involved, and the greatest health hazard is from sitting too much. Deadlines and writer's block can make...
2 min read

CommonPlaces Named One of the Best Drupal Developers in 2014