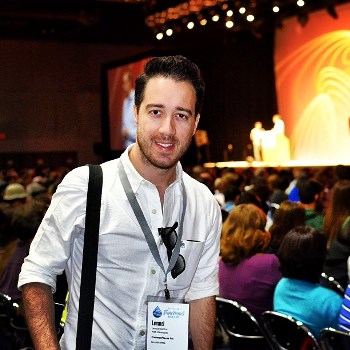 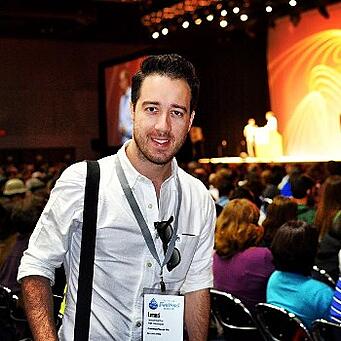 DrupalCon 2013 was held in the northwest, in the rainy city of Portland, Oregon (and where, during the days of the conference, it never stopped raining). The city welcomed more than 3,300 Drupalistas desperate to learn more about Drupal, and the new things that are coming to the next Drupal release, Drupal 8.

One of the things that I never get tired of noticing is the excitement among the attendees of DrupalCon. This is something that brings joy to my heart and a smile to my face when I see so many people very excited to contribute to make Drupal even better, as well as learn more about it. This exciting feeling is something that you can feel in the atmosphere as soon as you enter the doors of the gigantic Oregon Conference Center.

Some highlights of DrupalCon Portland 2013:

1) The State of Drupal keynote presented by no less an authority than the author of Drupal: Dries Buytaert. It was a fantastic presentation about what is happening with Drupal around the world. The presentation included a video on the new features and improvements of Drupal 8, which made the public go 'Öwild' and also made everyone anxious to start developing in Drupal 8. Unfortunately this will have to wait until the beginning of 2014, according to Dries.

2) One of the things that really blew my mind was when I attended a session that was definitely not for beginners, and several times I heard complex questions coming from a very young man that I believe was no older than 14! This kid became a sensation among the attendees and he was looked upon as a superstar at the Convention Center. Sometime later I could see Dries having an interview with this young genius.

3) One of the sessions that was enjoyed by a lot of developers and brought real joy covered the Configuration Management Initiative (CMI), which promises to improve one of the biggest causes of pain for Drupal Developers and site owners. The intention of the CMI is to eliminate a massive amount of configuration that goes into the database when synchronization between sandboxes, staging, and production needs to be done. It will now carry most Drupal configurations into YAML files, which could be easily copied from one place to another, bringing all the configurations over one environment to another. This will eliminate hours and hours of admin steps when new functionalities need to be deployed to different environments.

4) Another promising item on Drupal 8, is the introduction of a new template engine called Twig, which aims to give more flexibility to Drupal themers and eliminate the complexity of Drupal theming.

5) As announced almost one year ago, Drupal 8 will be taking advantage of Symfony PHP framework. Most developers think this is a good move, believing that this is good news for both communities in which Drupal developers will benefit from Symfony code and experience, and Drupal developers will help improve what Symfony already offers. Incidentally, Views (one of the most important and popular Drupal contributed modules) is going to be in Drupal 8 core and will probably be even easier to work with since it will be better integrated.

6) Considering that we are about 6 months away from finally using Drupal 8 as a development tool, I personally think that the major focus was too concentrated on Drupal 8, and there should have been more attention on Drupal 7. We still need ways to solve current problems, and must improve existing functionalities in Drupal 7 (e.g. commerce, migration, performance). I believe we have a gap now. Most developers are anxious, very anxious, for Drupal 8, but what we really are working with daily is still Drupal 7 - and will be for the next several months. I am not saying that I wish to stagnate, or live in the past, because I'm also very excited for Drupal 8. Still, we should also give attention to our actual problems in Drupal 7 in order to deliver the best solutions to our clients.

DrupalCon Portland was the biggest DrupalCon ever, and now DrupalCon is heading to Austin, Texas where everybody says 'everything is bigger in Texas'. Probably the next DrupalCon will be even bigger'_

In Defense of the FAQ Page

CommonPlaces in Development
The FAQ page was long thought to be as necessary to a website as the ubiquitous Contact Us page. Recently, though, I've observed that many of these pages seem tossed together without any real thought...
3 min read

What is an Enterprise Resource Planning System?

CommonPlaces in Development
The loose, broad categorization that Enterprise Resource Planning Systems (ERPs) fall under can make it very difficult to actually define what they are '- much less how to select the best one for...
3 min read

How to Choose an Email Marketing Solution

CommonPlaces in Development, Marketing
If anyone tells you that email marketing is dead, don't believe them. Email marketing is still alive and well, and continues to deliver repeatable and trackable results, even in 2010. In a recent...