I don't know about you, but I love coming home at night, kicking off the shoes, and just catching up on some television. Like many of you, I sometimes watch a show or movie by streaming it through the Internet. That simple pleasure, however, just became more complicated. 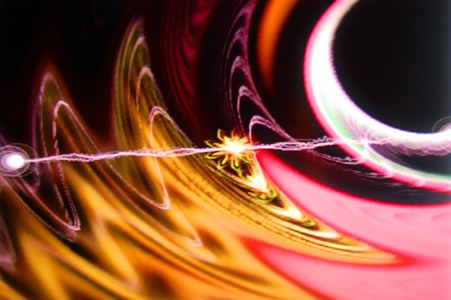 There may be a change coming in the way internet traffic will flow. Since even before the breakup of AT&T, the FCC insisted on equal quality service for all. Nobody gets better service than anyone else, and nobody can tell you what to say over open public lines. This principle, applied to the Internet, is popularly known as net neutrality. All content providers on a network, from bloggers to Pinterest, can reach their users without worrying about being blocked, harassed, or forced to pay a toll by an ISP, like Comcast and Verizon. This has been the guiding principle behind Web usage throughout most of the world, and everybody who uses the Internet has benefitted.

What is Net Neutrality?

Tim Wu, professor of law at Columbia University and the man who originated the term 'Net neutrality', compares the internet to the electric grid. The electricity in your house doesn't care if you plug in a toaster, an iron, or a computer. It worked for radios in the 1930s, and works for flat screen TVs today. For that reason the electric grid is a model of a neutral, innovation-driving network. This, then, is the overarching goal of the supporters of Net neutrality '- Equal access for all.

In 2010, the FCC introduced formal Net neutrality rules, defining ISPs as common carriers, arguing that rates and service conditions are to be 'just and reasonable' and 'not unreasonably discriminatory'. Then, in January 2014, a Federal Court of Appeals determined that the FCC did not have the authority to impose common carrier regulatory requirements on broadband Internet access services.

This leaves the Internet in completely uncharted territory. Suddenly, providers can block whatever they want, or slow a network's speed in favor of another one. There is no regulation to prevent this. Another possibility is that an ISP could cut separate deals with content providers.

This Brings Us to Netflix

If you want to stream House of Cards, which consumes a great deal of bandwidth, there is nothing to prevent Comcast from demanding more money for the use of that bandwidth and, while some argue that it is completely unrelated to Net neutrality, this is precisely what has transpired. Netflix will now pay Comcast for the privilege of smoothly streaming a movie in HD. This multi-year deal cuts out middle-man Cogent, a multinational ISP that handles network traffic for other major networks and content providers. Nothing about this means that Netflix will have to charge more money to its customers, at least not immediately, because the details of the agreement haven't been disclosed. Amazon, which also streams entertainment to its customers, may logically follow in the footsteps of Netflix. Stay tuned.

This ruling, however, appears to open the door for inequities. Wealthier companies will be able to get greater access to Internet users, because they can pay any service charge imposed by an ISP. By ending Net neutrality, the very thing which enabled start-ups like Facebook and Google to reach their current level of success, the next generation of innovation would be unable to gain a foothold, creating a system of haves and have-nots. The ISPs have denied this, of course, and little to no change has occurred yet.

The FCC and What's Next

The FCC could reclassify the Internet from an information network to a telecommunications outlet, putting Internet providers in the same box as telephone companies. The FCC then would have the authority to regulate an ISP's financial relationship with any company operating on the Internet. This would lead to extraordinary powers for the FCC; powers which, so far, they have been reluctant to accept.

The Federal Communications Commission is a government appointed agency, directed by five commissioners who are appointed by the President of the United States and confirmed by the U.S. Senate. The President selects one of the commissioners to serve as chairman, and three of the five usually belong to the party of the administration currently in the White House. As administrations change, so can the philosophy of the FCC. I think you can see the inherent risks in handing regulatory authority over something as incredibly important as the World Wide Web to a government appointed agency.

Years ago, I flew from New Hampshire to Florida, and drove back. The flight took two hours. Driving back on Interstate 95 took me 25 hours. If I had taken Rt. 1, it would have taken about 5 days. The Internet may be heading down the road of those extremes.

Perhaps we should let two experts have the final say '- for now.

What are your thoughts on Net neutrality? Are you worried about the possible direction this is headed? Please enter the conversation below!

Ben Bassi
The FCC is exploring some new proposals that many say will limit, if not outright destroy the concept of Net neutrality. Earlier this year we wrote about the shared fear of many that Internet Service...
2 min read

Ben Bassi in Development, Marketing
We have been covering the furious debate over net neutrality since the controversy hit the high-speed fan very early in 2014. Shortly after a Federal Court of Appeals determined that the FCC did not...

CommonPlaces in Development
The Drupal world was a-buzz this weekend with the news that WhiteHouse.gov was redesigned in Drupal, and launched Sunday. President Obama has...