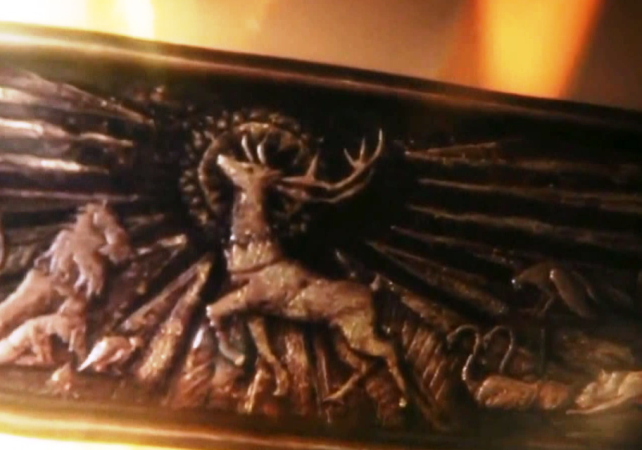 The dictionary defines 'binge' as, 'a short period of time when you do too much of something'. The key words here, I believe, are 'too much'. Binge can also be defined as 'a social gathering'. I see a rapid increase in bingeing on bingeing, and it needs to stop.

Lately, bingeing is associated more with television watching than college parties; although I would never suggest that college bingeing is a thing of the past. In fact, binge drinking or eating while binge watching in dorms and sororities is probably a thing, too. What I am certain of is that binge watching seems to lead to as much regret as other forms of bingeing. More importantly, social media bingeing has also become a trend, and many seem not to be aware of its negative effects. Call me a crusader for moderation, but I am appealing to everyone for some restraint.

We can now watch every single episode of many television shows in one day (or night), if we choose. This is binge watching. Streaming services such as Netflix, Amazon Prime, and on-demand cable from our television providers have made this possible. New seasons of House of Cards, and Orange is the New Black, are released collectively. Fans watch every episode all at once in an effort to be informed. They don't want to fall victim to 'spoilers'. Many also want to be able to say things like, 'I can't believe you haven't seen that yet!' If that sounds cynical, well, it is.

There later comes an almost inevitable period of guilt and regret when the binger realizes that all the episodes, and all the surprises, are over for another year. It's bad enough that shows like Game of Thrones have only ten episodes every season, and fans have to wait nine and a half months for more. Imagine watching every episode in one day and waiting a full year to find out what happens next to poor John Snow. Sure, you can always watch the shows again, but there's nothing like that initial shock and surprise which comes with viewing our favorites in their first run. Remember the Red Wedding?

The latest form of bingeing comes on social media. I'm seeing binge Tweeting. I look at my Twitter feed and see a score or more of Tweets from the same sources being posted simultaneously. Then, incredibly, this is repeated seven hours later. I've even seen this trend on Facebook and Google+. Why?

There are preferred times to post content on social media, but there is also a preferred way to do it. If I don't have time to read a posting, but it looks interesting, I'll mark it for later. I certainly don't have time to sort through a glut of material looking for something interesting. Whenever I see this, I just get irritated. As the current CommonPlaces Social Media Manager, I put considerable thought and effort about when, where, and what to post. Binge posting seems lazy. I can't believe that it's effective.

I may watch two back-to-back episodes of Homeland once in a while, but I want to savor the thrills. I may post two Tweets within an hour of each other, but not a dozen at a time. Do social media bingers suffer regret like other bingers? Don't they ever wonder what it would be like to stretch out the fun?

CommonPlaces in News & Culture
Pinterest is one of the latest, greatest players in the world of social media. Like other simple but innovative platforms, it opens up the Internet to help people share information about themselves,...

CommonPlaces in News & Culture
Custom design, expert development, and skilled marketing all add up to Internet-based solutions that you can depend on. Here is the talented CommonPlaces team at work!
3 min read

CommonPlaces in News & Culture
Welcome to my first blog post! I wanted to share a little bit about myself and how I got to where I am today. I am a senior at Southern New Hampshire University majoring in business administration....
2 min read

CommonPlaces in News & Culture
Hi! My name is Laura Bannister, and I am the marketing intern at CommonPlaces for Summer 2019. I just completed my junior year at Cedarville University in Ohio and am excited to graduate next year...